To start the new RTL-Season, RTL CREATION presents the station with a revised CI. The relaunch is reduced to the essentials: This autumn, the handwritten 'Mein' has been omitted and is only spoken off-camera. The navigation of the programme content takes center stage. The daily branding is emphasised more and the new trailer packaging gives more space to the picture. The logo itself was only slightly revised.

The RTL look with its three colours remains the same. "We are very close to the brand solely because of our thoroughly composed colour red-yellow-blue and it will stay that way," says Ulli Schumacher, Creative Director Design at RTL CREATION. In addition, there is a new RTL stripe in the station colors that subtly finds itself in all major design elements.

With the RTL relaunch, the individual formats can gain a higher audience perception. "RTL lives of its distinctive content and strong viewer loyalty, which we want to continue to give space and setting," said Ulli Schumacher. After BDA Creative Munich recently developed and produced the graphic concept design for the new Disney Channel that already launched in the U.S. and Germany, the creative agency has landed another international order: BDA Creative has given the channel Classica a completely new branding .

Classica airs internationally on 37 platforms in 27 countries. In Germany the station is broadcast in the evening on Sky or around the clock at Unity Media. "Classica is a passion for classical music in audiovisual form. Because of our quality programme, we are obliged to have the most appealing and best offer for the lovers of classical music worldwide", says Johannes Everding, Managing Director of Classica.

Philipp Wundt, Managing Director of BDA Creative Munich, on the new design: "From the logo design to the branding to the identity production Classica provided us with a unique challenge: We wanted to dust off the theme of 'Classic', but incorporate the dynamics and live-music character into the design.

A clip on the new channel branding of Classica at http://bdacreative.com/munich/project/classica-channel-rebrand-2014

Nearly 200 young directors have submitted their short films for this year's Shocking Shorts Award. The Short Film Award by 13th Street offers the winner a unique opportunity to take a look behind the scenes of Hollywood. With the 'Universal Filmmasters Program' the winner receives a two-week intensive course in the central departments of the major studios in Los Angeles.

Now, the three finalists that were selected by a professional jury, have been found:

In addition, the channel for thrill and crime will present the Top 10 of this year's entries on June 28 at 20.13 p.m. in 'The Long Night of Shocking Shorts'. Short film lovers will have the opportunity to watch the Top 10 on July 4 at 22.13 p.m. at the City Kino in Munich.

Until September 7, 2014 the Museum für Kunst und Gewerbe Hamburg is showing the exhibition 'Posters. Any Warhol'. 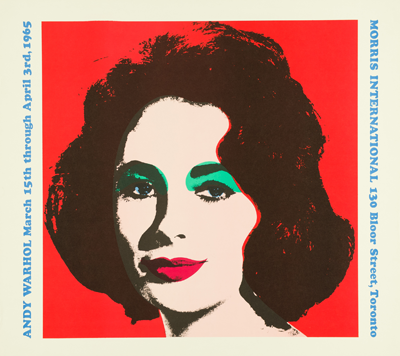 Andy Warhol – painter and illustrator, photographer and film-maker; he published magazines and books; he ran the Factory, gave musicians and models a helping hand up on their way to fame – there is not much in the cultural activity of New York in the 1960s to 80s which he didn’t observe with a shrewd eye and often helps to shape.

It is a less well-known fact that Warhol began his career in the 1940s as a graphic designer. He achieved great success with illustrations for prospectuses. In the early 1960s, he gave up drawing superficially pleasing illustrations and created large-scale paintings depicting details from the world of advertising and the tabloid press. In his own unmistakable way, he overprinted and overpainted black-and-white photos with coloured planes, traced the outlines with elegant penstrokes and above all, repeated the same motifs again and again. The international breakthrough for Warhol came in 1964/65. During that period he began to print his first posters. Like the paintings and his limited-edition graphic prints, they show stars from Elizabeth Taylor to Mick Jagger, or the banalities of the world of consumerism, whether soup cans or cows.

Alongside some 30 posters designed especially by Warhol, the exhibition also displays the prints after paintings and graphics with which Warhol’s series of works were presented in the galleries. The question as to what constitutes the original, the design and the reproduction is the thread constantly running through these works, and it can only be answered from case to case. The 100 or so posters on show in this exhibition are supplemented by artists books, selected record covers and magazines such as the legendary “Interview”.