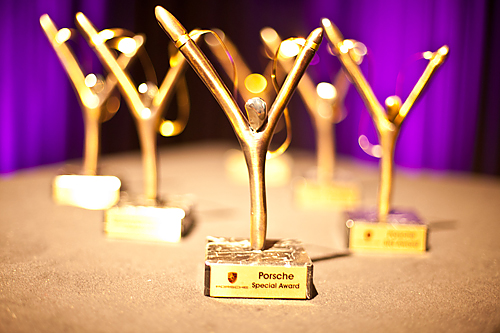 This year creative advertising student filmmakers from around the world are called again to submit their promotional films to the 11th Porsche International Student Advertising Film Award. For the first time also young directors can participate in the competition at the Film Academy Baden-Wuerttemberg.

There are three different categories:

A jury consisting of representatives from international advertising agencies and production companies will review all submissions and nominate the top ten films for the short list. In addition, the jury selects the winners of the special category 'Automotive'.

In addition to the David trophies the winners can look forward to cash prizes in the amounts of 3,911, 2,911, 1,911, 911, 2,356 and 3,918 euros. These prizes are donated by Porsche and are reminiscent of models of car brand. In addition, all winning entries will appear on the website and the DVD of the renowned advertising trade magazine shots.

Deadline for submissions to the first two categories is 18 July 2014. Entries to the category 'Automotive' may be submitted until September 24, 2014.

The festive award ceremony will be held at the Film Academy Baden-Württemberg on 20 November 2014.

For more information on www.ad-award.net 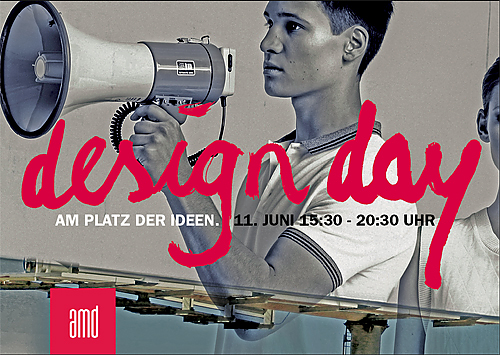 ​DESIGNDAY at the AMD Düsseldorf

On 11 June 2014 the AMD – Academy for Fashion and Design is holding the first DESIGNDAY in Düsseldorf.

With the Designday the private university offers a trial day for the Bachelor's study programmes Visual and Corporate Communication, Design and Innovation Management as well as Cross Media Communication.

On Wednesday afternoon, among others, Prof. Rüdiger Götz of KW43 branddesign and Martina Schopp from Deutsche Post AG will present practical lectures. In addition to insights into the individual courses, the event offers workshops with the opportunity to test out one's own creativity.

"Many graduates often do not know exactly whether a creative study programme is right for them," says Professor Ralf Lobeck, Dean of Studies for brands & communication design at the AMD Dusseldorf. "Our university offers degree programs with the competence fields of design, marketing and communication. There is no NC - access criteria are subject-specific personal skills of the candidates. With a Bachelor of Arts, all doors are open for graduates to start a career in the world of creativity", said Lobeck.

Interested, friends and parents are invited to participate in the DESIGNDAY and discussions with the AMD professors. Please register by email or by phone at sonja.oppermann@amdnet.de or 0211 3682623. For more information visit http://www.amdnet.de/.