Since January 10, 2013, the Red Bull Media House production 'The Art of Flight' has been shown in 52 German Cineplex theatres. 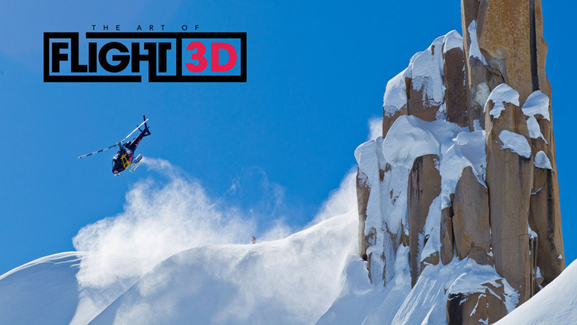 The documentary accompanies Travis Rice and some of the world's best snowboarders like John Jackson, Mark Landvik, Scotty Lago, Nicolas Müller, Jake Blauvelt, Pat Moore and Jeremy Jones. The exceptional athletes are on a two-year journey to unknown and untraveled slopes that have never been used before. 'The Art of FLIGHT 3D' documents the search for this terrain, these pristine mountain slopes and the breakneck descents. The film shows the acrobatics on the boards from an all-new, three-dimensional perspective: Modern film equipment, which was partly developed specifically for this project, makes for unique and stunning images. Aerial photographs with the Cineflex V14 camera combined with the ultra-slow motion Phantom HD Gold camera, subjective perspectives and numerous other settings and techniques provide a unique view of modern snowboarding. Adventurous borderline situations paired with dramatic and breathtaking action – because of the unusual camera angles and close proximity to the protagonists, the audience has the feeling of being right there. "Seeing 'The Art of FLIGHT' in 3D is as if you were watching a completely different movie," says Travis Rice. "The whole experience is much more developed, and I was blown away by the picture quality," Rice added. The Curt Morgan film was produced by Red Bull Media House in association with Brain Farm Digital Cinema and realized in 3D together with Venture 3D. It was filmed on location in Chile's Darwin Range of Patagonia, in Alaska's Tordrillo Range, Wyoming's Snake River Range, in Aspen, Colorado, the Andes and in the Revelstoke and Goat Range of the Kootenay Mountains of British Columbia. For more information and a list of participating cinemas, visit www.artofflightmovie.com 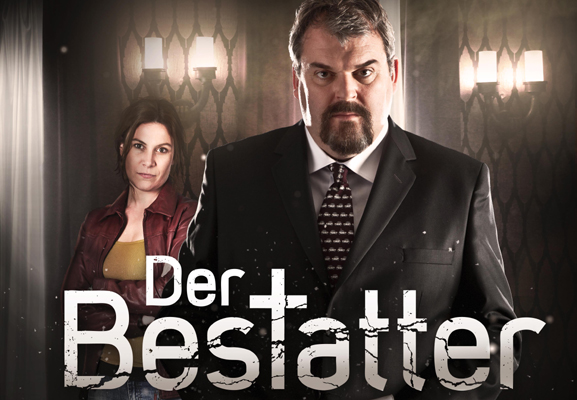 'Der Bestatter' is a new Swiss prime-time show and airs every Tuesday night on SRF1. Mike Müller plays undertaker Luc Conrad, who as an ex-police officer can't stop investigating and solves extraordinary deaths with criminalistic flair. The briefing for the opener was to find a central theme that shows how Luc Conrad is an advocate for the dead. The idea for the project was to have the protagonists uncover deaths - in the truest sense of the word: A white cloth stretches over the dead body of a young woman. Luc Conrad enters the scene and realizes that something is wrong. He pulls away the shroud and takes a closer look: It was murder. The challenge while filming was the production of the shroud scenes: "They required us to do several takes. These scenes were filmed at 120 frames played backwards during editing to visualize covering up the corpse as magically as possible," says Sven Volz, Junior Art Director at SRF. The shooting took place in the FTK-Studio Zurich and was done with a Red Epic camera. Subsequently, post-production was carried out using After Effects and Cinema 4D. Conception, design and post-production were realised under the direction of Patrick Arnecke in the SRF design department. Designer Janine Schärer developed the basic concept, which was expanded and produced by senior designer Pascal Schelbli. The production company snakefilm carried out the shooting under the leadership of Sven Volz and Pascal Schelbli. The opener was directed by Markus Fischer, who also directed two episodes of the series.

Last call for entries for the Shocking Shorts Award 2013 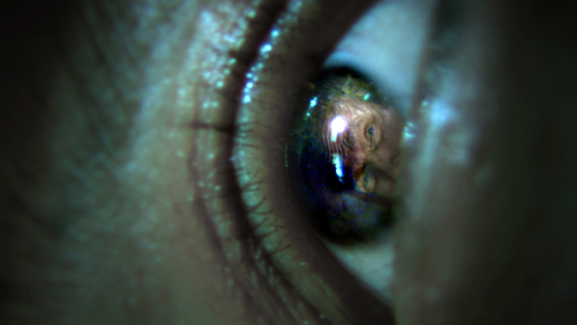 Until 28 February young filmmakers can submit their short films to the Shocking Shorts Awards 2013 competition. In June 2013, 13th Street Universal will award the short film prize to a young director for the 14th time. The TV channel for thrill and crime offers the winner the opportunity to participate in the Universal Studios Filmmaster Program. Here, the winner can acquire know-how and international experience at the Universal Studios in Hollywood. Short films in the genres action, crime, thriller, mystery or horror are eligible for submission to the Shocking Shorts Awards 2013. The short film must be in German, be no older than 2 years and have a maximum length of 30 minutes. Submissions can be sent in until 28 February 2013. More information and registration documents athttp://www.13thstreet.de/shocking-shorts-award/teilnahme

Until February 15, 2013, those interested can apply for a spot at the Institute for Animation, Visual Effects and Digital Post-Production for the winter semester 2013/14 at the Filmakademie Baden-Württemberg. The following fields of studies are still accepting applicants: Animation/Effects, Interactive Media, Animation/Effect Producing and Technical Directing. The animation institute teaches according to the principle 'Learning by Doing' – student training is geared directly to the market. Joint basic studies and close collaboration with all the students at the Academy are an indispensible part of the training. Furthermore, the institute constantly reacts to new digital technologies and thus offers a practical and thorough training. Additional information available at http://www.animationsinstitut.de/studium.html.

TV Komm. 2013 will take place in Karlsruhe on February 26, 2013. The topic of this year's event is 'Digital Transformation'. The combination of declining ad revenue for traditional media and new channels, players and platforms that push into the market and provide additional competition means that the industry has never faced such great challenges. In 15 best-practice workshops, technical experts from public and private broadcasters, platform operators and media companies present their concepts for success and how they deal with the digital challenges. Additionally, sales and marketing professionals will present their Best Cases and demonstrate how the moving image can be ideally positioned on all channels. RTL Interactive, ProSiebenSat.1, RTL2, SWR, Neverest, Pilot and Clipkit, among others, will give an insight into their strategies. In addition, platform providers such as Unitymedia, KabelBW, Eutelsat, TechniSat Yahoo and Germany! will explain their new channels and services for media companies, radio and TV broadcasters. Eyes & Ears members can attend the event at a reduced fee of 200 Euros. To register for the event, Eyes & Ears members should send an eMail toinfo@eeofe.orgto receive a code to register at the reduced rate. More information about TV Komm. 2013 is available at www.tvkomm.de.

To what extent has the introduction of new digitisation techniques changed the production, content, distribution, function, effect and reception of media? Jörg Becker poses this question in the recently published book 'Die Digitalisierung von Medien und Kultur'. From language and image, to music, radio and newspapers, up to cinema, television and internet – all important mass media are subject to detailed examination. With a mix of informative presentation and critical media analysis, this guide provides a solid overview on the effects of media digitization.The 264-page publication is published by the Springer VS Verlag publishing house and can be purchased for 29.95 Euros. Further information at http://www.springer.com/springer+vs/medien/book/978-3-658-00728-7