Das Erste wants to win over the audience with their direct, clear and simple redesign. The central element of the redesign, which has been on-air since 28 February 2015, is the numeral one inside the circle. The easily recognizable and memorable logo represents the claim of the ARD consortium of public broadcasters to be Number 1 in the German media market.

From the wave to the impulse
Das Erste reaches viewers in their everyday lives with current, seasonal or thematic programming. In the best case, it inspires viewers to do something or to not do something, to support or to reconsider. This work – the conversion of the wave into an impulse – is reflected in the redesign. It also reflects the task inherent in the extended sphere of activity to not only broadcast but increasingly to provide additional information available on demand. It's a short way of illustrating the development from broadcaster to provider. 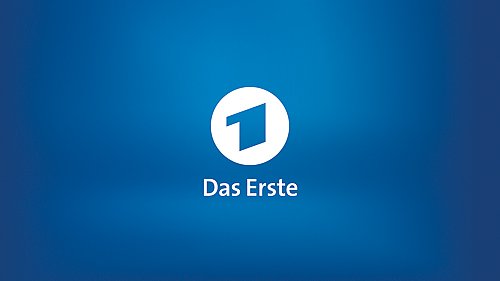 Colours
The wave, as an old symbol of unilateral TV broadcasting, disappears from the design and with it the dichromatic background. Das Erste is clearly committed to its tradition of blue, which is staged with peace, strength and fresh clarity. Three additional marking or contrasting colours, used minimally in addition to the corporate blue, support different contents and moods. This orderliness stands for modernity, without being indebted to current trends. The reduction ensures brand recognition in the diverse and fragmented media world.

Logo animation
A new pulse-like animation is the logo for the so-called "touch button", which should intuitively invite the user to access the content of Das Erste. Thus, Das Erste has adjusted its design to the constantly developing media use and related viewing habits of audiences. The pulse animation of the "1" is meant to symbolize both pressing the first button on the remote control as well as using the touch screen with the Das Erste App.

Typography
The font in all sections is the typeface of the ARD. From this font family, TheMixB will be used as the typographical identifying feature of Das Erste. Due to its modern-looking font character, it also rejuvenates the new look of the brand.

Idents
The new station idents consist of brief moments of everyday life or wishes. These moments are funny, thoughtful or intriguing and are supported by spoken or written messages that are placed on a so-called mini-walker. Seasonal references such as Easter or Christmas, as well as major sporting events such as a world championship or Olympic Games can be integrated and presented.

Use
The redesign of Das Erste, which began with the launch of the Das Erste App in March 2013, has now been completed in television, in promotion as well as in signalisation.

The new design of Das Erste was commissioned by the ARD programme direction Erstes Deutsches Fernsehen under the direction of Henriette Edle von Hoessle, Creative Director and Head of ARD Design and Presentation, and developed and implemented by two Munich-based agencies: the Perfect Accident Creative Services GmbH and Velvet Media Design GmbH.

For more information and a short clip on the redesign, visit http://www.daserste.de/specials/ueber-uns/neues-markendesign-das-erste-100.html 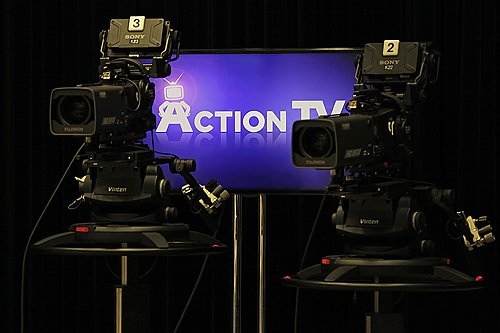 Swiss Radio and Television is a partner of the international research project Action TV. The goal is to develop a new kind of interactive TV technology that will allow viewers at home to be placed inside a programme in the form of a 3D avatar. A consortium of experts developed the technology.


The basic principle is to generate a 3D avatar of the viewer with multiple cameras at his/her home. Another part of the project deals with the creation of 3D television studios. The captured television studio is then combined with the 3D avatar. Other specialists are working on networking, dissemination and on the combination of TV picture and 3D avatar.

The role of the SRF is to develop a use case or a test scenario. As a basic idea, a quiz format was chosen or alternatively a dance format, similar to dance video games.

"A game does not yet exist in this form. Our goal is to develop the technology as a proof of concept. We will produce game sequences which demonstrate the technological possibilities", says Ulam Curjel, head director at SRF and the person responsible for the project. "We hope to enrich the viewing experience by having the audience participate interactively. The technology can ultimately be used for very different television formats. With this project we want to show what is technologically possible", says Curjel about the goal of the project.

In 2016, the Action TV consortium will create a demonstrator, which is due to be presented at the SRF. In addition, the technology will be presented at various New Technology Events. Current reports about the project can be found on the website www.action-TV.net.

Last chance to enter your proposal for The Bobs 2015 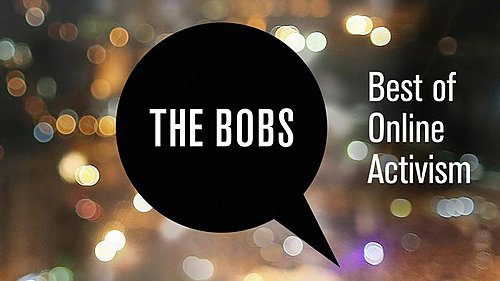 Anyone interested can still submit proposals for The Bobs until 12 March 2015. Ever since 2004, the Deutsche Welle has been organizing The Bobs as a prestigious international contest for bloggers, activists and journalists who work on the Internet for free speech and human rights.

Deutsche Welle will give out the Freedom of Speech Award for the first time in 2015.

Additionally, an international jury will name three additional winners in the multi-lingual categories “Social Change”, “Privacy & Security” and “Arts & Media.” An online vote open to everyone on the Internet will determine the People’s Choice Awards in each of the contest’s 14 language-specific categories.

For more information and submission of a proposal, visit http://thebobs.com/english/

In this section, we introduce the newest members of Eyes & Ears of Europe. We are happy to welcome Olympia-Verlag GmbH and Turner Broadcasting System Deutschland who joined in January 2015. A very warm welcome to the new members.

The Olympia-Verlag, with its top sports brand Kicker, offers football skills on all channels: Each week, Kicker reaches over 5 million people, making it Germany's football brand No. 1 among media outlets. Digital offerings range from the strong online presence kicker.de to eMagazine and news apps to game apps to video content available on kicker.tv, which has now found a notable fan base with around 4 million downloads per month.

With its brand ALPIN, the publisher shows its passion for mountain sports and aims to be the most successful media brand across all channels in this segment. "A key challenge for a well-known brand like 'Kicker' is the professional and successful implementation of media convergence. Eyes & Ears of Europe gives us the right platform for this. It is of great interest to us to exchange information on the developments, trends and the presentation of audiovisual content in TV and WEB and learn from each other", says Werner Wittmann, Head of Digital Media, and Oliver Kühn, Head of Finance and Organisation, Olympia Verlag.

Until 13 September 2015, the mumok – Museum moderner Kunst in Vienna is showing the exhibition 'Ludwig Goes Pop'.

The collection of the German industrialists Peter and Irene Ludwig shows around 100 works from six different institutions associated with the Ludwigs.

Pop Art gained entrance to art markets more quickly than any other art movement of the twentieth century and was widely exhibited and enthusiastically received as soon as it began to emerge on the scene in the USA. Peter and Irene Ludwig began to discover American Pop artists in the mid-1960s, when this movement was still largely unknown in Germany. Not until presentations at the 1964 Biennale di Venezia and documenta 4 (1968) in Kassel did Pop Art begin to reach a broader European audience. The Ludwigs were interested in the artists who are today seen as the legendary protagonists of Pop Art: Robert Indiana, Jasper Johns, Roy Lichtenstein, Claes Oldenburg, Robert Rauschenberg, James Rosenquist and Andy Warhol. 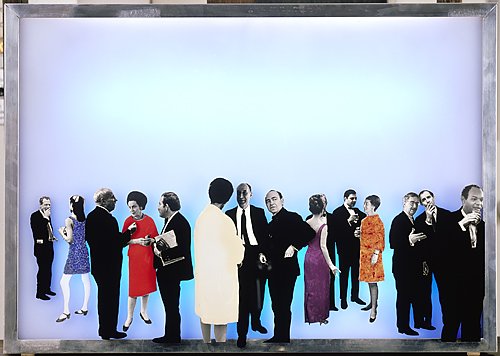