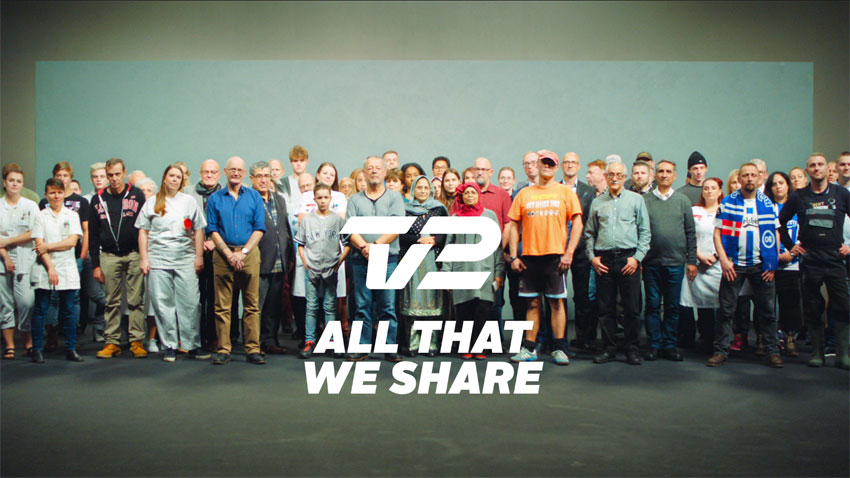 This campaign is a strategic masterpiece. It was produced to communicate the channel strategy "All That We Share" for the Danish TV station TV2 in-house and externally. The spots are about finding similarities rather than differences between people. They emphasise what connects people and thus works against stereotypes – inclusive instead of separating. This emotional message was well received in times when xenophobia and hatred of people with different views boiled up again and again: The Viral has been shared millions of times around the world and became a connecting factor in the digital world when viewers translated it into more than thirty languages. People like Richard Branson, Justin Trudeau and Ellen DeGeneres shared the spot and made it one of the most fascinating and most shared clips of all time. The figures speak for themselves: +8 million interactions, +284 million unpaid insights and an estimated PR value of +95 million dollars. Above all, however, the belief in the message "We have more in common than what separates us" has risen by 27 percent. Emotional and thought-provoking with a global impact!