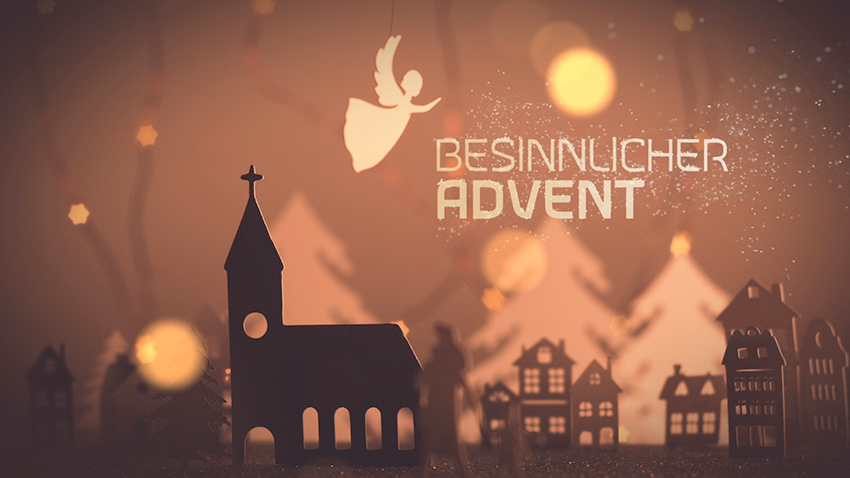 A beautiful seasonal label does not necessarily have to be produced on the PC. BR television proves this impressively in its winter campaign.

Who doesn't remember cutting out garlands and other pictures as a child? BR television brings these beautiful childhood memories back to life with the seasonal labels for the Christmas season.

In three different pictures, the labels tell of winter and Christmas events: Whether people walking through the snow, skiers on snow-covered hillsides or a small, idyllic town in which only one angel and two hasty stragglers can be seen on Christmas Eve – all of this was portrayed with paper cuttings and accompanied by well-known Christmas carols in the form of jingle bells.

Alongside the Christmas worlds, the good wishes "Besinnlicher Advent" (Merry Advent season), "Frohe Weihnachten" (Merry Christmas) and "Frohes neues Jahr" (Happy New Year) in the house font "Bayern" can't be missed. These were graphically animated and inserted into the motives.

Only one shooting day for three pictures

In addition to the special feature that the emotional Christmas worlds were worked from many paper parts on a turntable, the shooting was also a challenge: Only one shooting day was scheduled for the three different images.

The campaign by BR and the Wielandt agency is shown daily on BR television.