Now it's Christmas! – SUPER RTL rings in the Christmas season with over 40 films 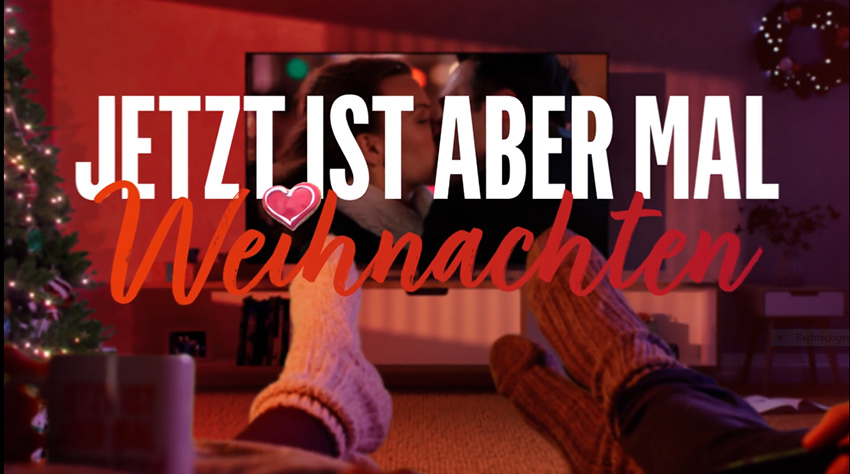 Since 13 November, SUPER RTL has been showing a full load of Christmas! Six times a week, the channel shows 40 films including 14 German premieres over a period of six weeks, putting its viewers in the festive mood.

Together with testimonial Patricia Kelly, the channel rang in the Christmas season particularly early with the campaign "Jetzt ist aber mal Weihnachten" ("Now it's Christmas"). Since 13 November, SUPER RTL has been broadcasting two Christmas films during prime time six times a week for six weeks, transporting viewers into the world of candy canes and cookies.

Here, viewers can not only look forward to popular Christmas classics such as "The Grinch" or Dickens' "The Christmas Story". There are also 14 German premieres waiting to become the new favourite Christmas movie!

Christmas not only on TV, but represented cross-medially

The Christmas programming is rounded off by nine moving image spots with Patricia Kelly and her new song "Unbreakable". These focus on the human interaction when confronted with a snowed-in car or a small mishap while baking cookies, including Patricia saving the Christmas spirit for a little girl by bringing the missing cat "Tortellini" back home.

In addition to TV programming, the campaign also has an online presence. A separate area on superrtl.de offers the "SUPER Christmas Film Calendar", where new prizes can be won every day. Social media measures on YouTube, Facebook, Instagram and Pinterest generate additional attention. Another component of the campaign is cinema advertising, as well as an audio spot that goes on-air on the children's and family radio station TOGGO Radio.