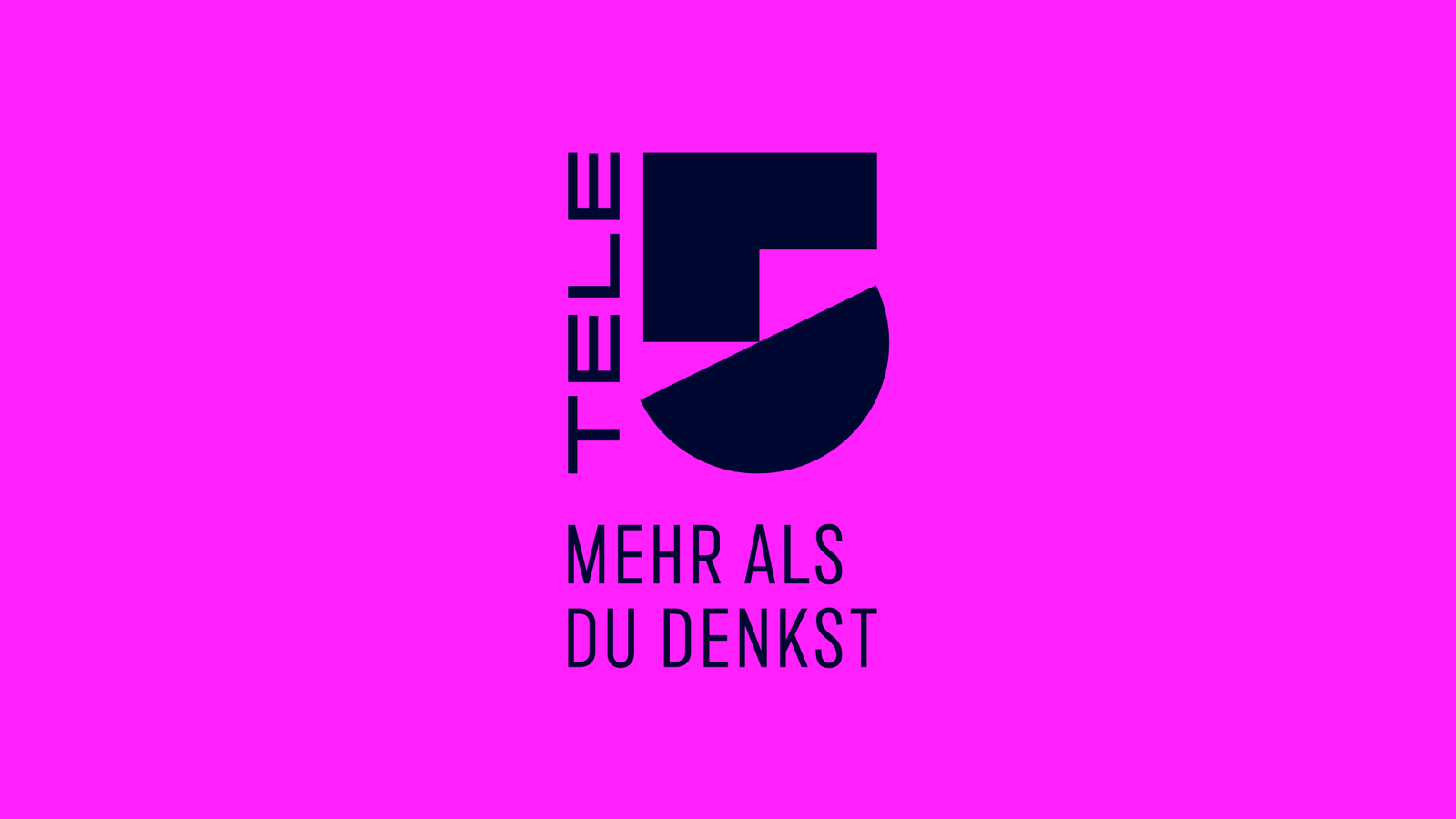 In October, TELE 5, Discovery Germany's movie channel, took the plunge and hired the Amsterdam agency CapeRock for a complete redesign. More eye-catching and with simply "More...", the film channel wants to generate visibility on the German market.

With over 1200 movies a year, TELE 5 offers the most movies in free-to-air television in Germany, covering not only cult films but also the mainstream. In order to emphasise this more, the channel, together with the media design agency CapeRock, decided on a complete, bold and clever rebranding.

In order to increase the number of viewers, their aim was to change the brand perception holistically and to highlight that TELE 5 offers films of all genres: from big blockbusters to great classics and cult films. To match this, they developed the new slogan "Mehr als du denkst" (More than you think), which is brought into focus on all channels with the design language revised by CapeRock. In terms of colour, the design focuses on just three bright shades – green, yellow and pink.

Designing to match the programme

With the new bold identity, which is visible in various idents, CapeRock manages to reinforce the station's special storytelling while reflecting all the values of the brand. After all, the very popular live shows, such as SchleFAZ and Kalkofes Mattscheibe, which match the brand's quirkiness, are also covered by the eye-catching, energetic and dynamic look. This is underpinned with a new, driving beat.

CapeRock was responsible for design, motion and music.

More information on the redesign at https://www.caperock.tv/work/tele-5