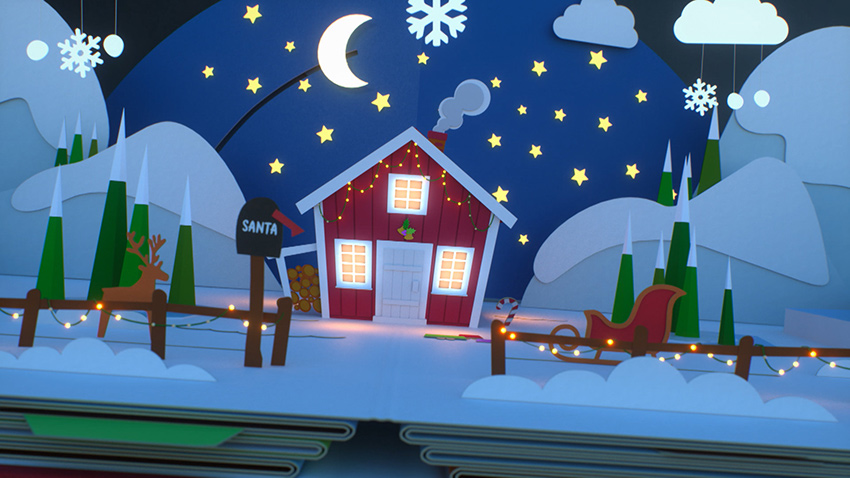 All eight seasons with a total of 173 episodes will be on Universal TV non-stop during the Christmas week.

Even though 2020 was not an easy year, Universal TV wants to bring it to a proper close. And what could be a better way to do that than with a series marathon of one of the most popular series on the channel? On 21 December at 1:30 pm, the 173-episode "Castle" marathon will start on Universal TV.

Crafting, warmth, cosiness and of course "Castle" on TV 24/7 – the perfect Christmas for all fans!

To gather the fans in front of the TV and get them in the right mood, the agency FEEDMEE Design provided the right invitation: Just like the fans, Santa Claus makes himself comfortable in front of the TV with his favourite series "Castle". The special pop-up book, which illustrates Santa Claus, his house and many small details beautifully, creates the festive atmosphere. For NBCUniversal, Elmar Krick and Tobias Mader were in charge of the creative direction.