by Eyes & Ears of Europe / European League of Football 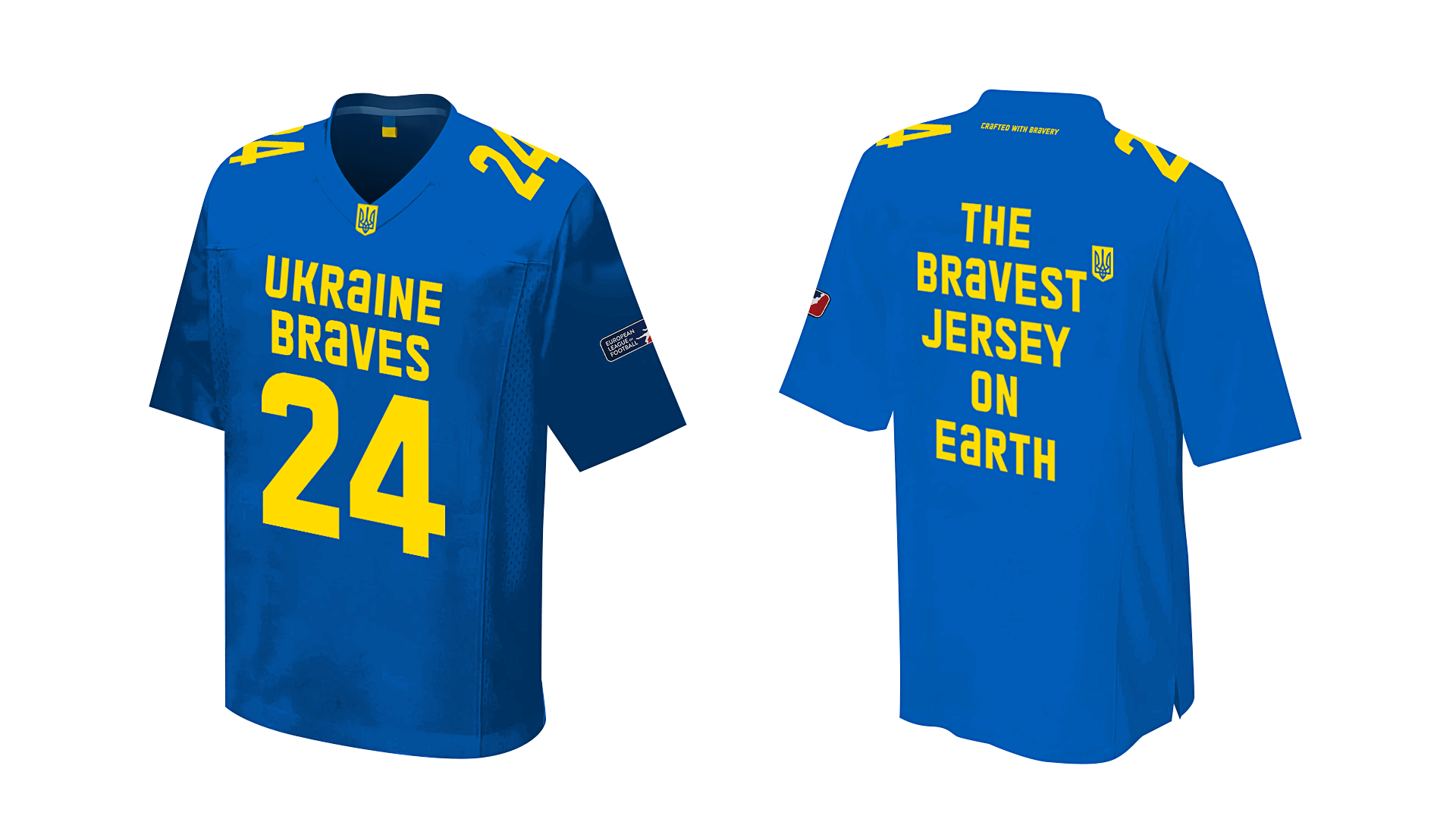 The European League of Football is dismayed by the Russian war of aggression and send a strong signal for peace to show their solidarity with the Ukrainian population as part of a charity campaign: In addition to the twelve franchises from five nations which will compete against each other on the field in the 2022 season starting this June, a 13th (virtual, symbolical) team will be added to the continental league: the Ukraine Braves.

By purchasing the jersey for 99.99 euros, every fan can become a part of this team. The total profit will be transferred to the fundraising account of the National Bank of Ukraine, from where all profits will be donated to humanitarian causes to provide the best possible support to civilians affected by the war. The "Authentic Game Jersey" can be pre-ordered in the fan-shop on the homepage of the League (https://shop.europeanleague.football/collections/jerseys), while delivery will take place from the end of April.

The idea was developed in cooperation with the communication association "Eyes & Ears of Europe". The Ukraine Braves jersey was designed by the BANDA agency based in Kiev. The jersey shows the national colors of yellow and blue, it bears the number 24, the words "The bravest jersey on earth" and the coat of arms of Ukraine, and is a symbol of the courage, bravery and resistance shown by the population since the Russian attack on February 24th.

"We are shocked that war has broken out in Europe. By including the Ukraine Braves in our league, we express our solidarity and hope that many fans will join us by buying this jersey and help us to be able to support the people of Ukraine," said Zeljko Karajica, Managing Director of the European League of Football.

This wish is echoed by Commissioner Patrick Esume, whose thoughts are also with the Ukrainian football family. "Many people in Ukraine love this sport. There are teams in Kiev, Kharkiv, Dnipro, Odessa, or Mariupol - cities that are under bombardment, where people have been killed or fear for their lives. This is a tragedy. With the addition of the Ukraine Braves, we are sending a signal. But I would like to see a franchise from Ukraine in the European League of Football in the future. The sooner, the better", Esume said.

Here you can find the jerseys of the UKRAINE BRAVES: https://shop.europeanleague.football/collections/jerseys